Galliford Try has launched works at the Guyhirn junction and is making full use of the Highways Passport scheme from day one. More than twenty days in and it is already clear that the Passport rollout has been a huge success.

The Project at Guyhirn Junction

National Highways are improving the A47 between Peterborough and Great Yarmouth.

This £300 million project is part of an initiative to dramatically reduce congestion, improve journey times and increase safety for the 20,000 vehicles that use the road each day.

The first project to launch along the A47 is at the Guyhirn junction, running from February 2021 until April 2022. Galliford Try is the principal contractor for a set of works that includes a roundabout expansion and the construction of two lanes on all approaching roads. 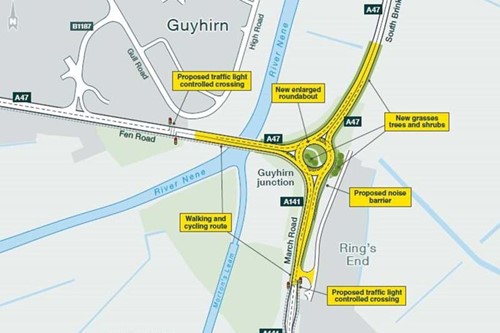 The implementation has been a resounding success. Both workers and access controllers used the system to establish a culture of safety in which workers swipe on and off site each day.

The scheme has enabled Galliford Try to confirm that everyone on site is safe to work, has had the Highways Common Induction and
site-specific inductions as well. This makes for a safer and more efficient site, which means major time and cost savings across the
project’s life.

The team at Guyhirn have come to appreciate that the Passport scheme isn’t simply a competency card. The card is a key to each
worker’s profile on the database, helping access controllers get up-to-date information in real-time.

Given this project’s success, Galliford Try is now looking to deepen its usage of the Passport scheme on the Guyhirn project to gain more value from the system. They will also be rolling out the scheme across all their National Highways projects in future.

We use cookies to provide you with a better online experience and for statistics and measurement of the number of visitors to our site and how they move around it. By clicking “I accept” you agree to such purposes.